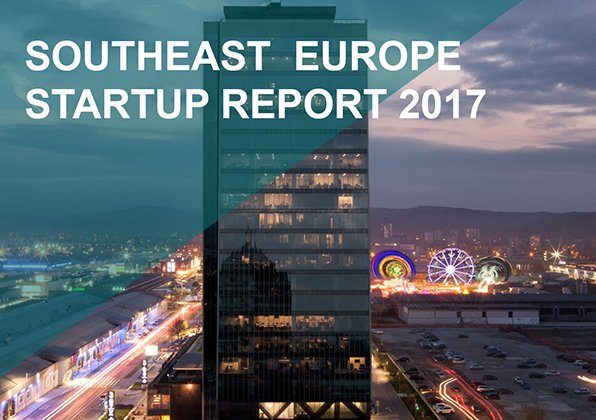 The report depicts in detail the most promising Startups and Scaleups of the region and the state of the innovation ecosystem in 8 countries (Slovenia, Croatia, Serbia, Bosnia and Herzegovina, Kosovo, Montenegro, The Former Yugoslav Republic of Macedonia, Albania).

The startup ecosystem in Southeast Europe (SEE) is alive and well. In all eight countries of the region, there are startups, supporting institutions, interesting technology, and founders with an ambitious mindset believing that even in this part of Europe, globally successful companies can be created. In 2017, there was evidence that this is indeed the case. Outfit7, a family entertainment company with Slovenian founders and pioneer in the field of digital entertainment, has been sold for 1 billion USD  to a Chinese investor in January, thus becoming the first unicorn in the region. It might not be the last

These companies also act as focal points in their local communities/ecosystems. Inspired by Norde- us’s success, the nascent mobile gaming industry has started to develop in Belgrade, Serbia. Similarly, NSoft is supporting the development of the local startup ecosystem in BiH. Zemanta, the pioneer in digital marketing, has arguably spurred the development of the whole startup community in Ljubljana, Slovenia, after its establishment a decade ago. In addition to providing direct support, these companies have motivated and inspired an entire generation of entrepreneurs and promoted startups as a potential career choice to young professionals with global ambitions. These startup pioneers are still guiding the way forward.

Zemanta has been acquired by the global leader in its industry, Outbrain from Israel. Additionally, Rimac has raised money from its most important partner, the global leader in electric battery supplies from China, which is also its potential exit partner. The frame (SRB) has raised a 16 million USD round from Bain capital and Microsoft. Partnering with the global leaders in their strategy to succeed – and to exit. Successful exits seem to be the next step in the development of the local ecosystem and its leading companies. These will help to spawn the next generation of regional startups. When successful, an exit can bring new strategic partners, significant amounts of new money, forming the basis for the next round of investments, and experienced founders that want to repeat their success story.

The next generation of startups in the region will be more experienced, better funded, and faster. They will aim for global success from their inception. A series of successful Initial Coin Offerings (ICO) by this new generation of Slovenian startups has raised more funding in 2017 than the total combined value of public financial support in the whole region – in the last decade. These startups are now among the global tech leaders and have turned Slovenia into a hub for blockchain technologies, and an example for ICO startups in the SEE region. Other industries are sometimes less well known, but no less funded or ambitious. Seven Bridges (SRB) is a three-time Bio-IT World Best of Show winner that has raised 50 million USD to transform biomedical data companies, and Genialis (SLO) follows in similar footsteps.

While the regional startups’ ambition and potential are not in doubt, they could use more support. Regional governments are often unable to support these financially or simply lack knowledge about how to

do it best. Moreover, the lack of equity (the ‘equity gap’) for seed- and early-stage financing is especially detrimental for the development of regional startups and impacts their survival rate. Additionally, the lack of national cooperation is worsened with significant obstacles to travel, especially in terms of visa requirements. Most importantly, however, potential founders in the region need to believe that they can create globally successful companies – and convince others to follow them on their path. Recent successes are the best growth drivers the SEE region could hope for.

Find it first on StartFlow

StartFlow is where early adopters find lively, imaginative tech before it hits the mainstream.
Sign Up Now